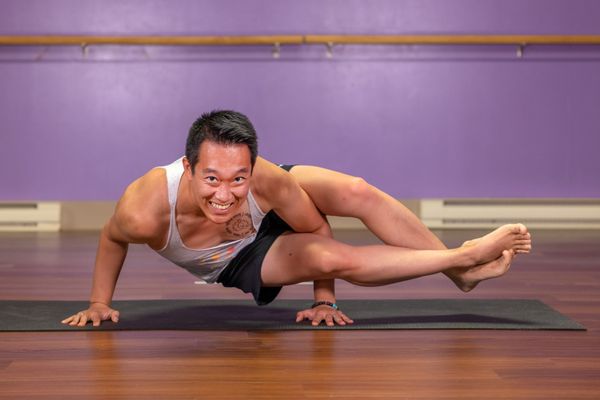 John discovered his love of yoga after attending an Ashtanga class in the summer of 2014 after a long day at his engineering internship. Since then, he began regularly attending classes while enrolled at the University of Virginia. While pursuing his Master’s degree in Materials Science and Engineering, he began developing his own personal practice as a way to relieve stress and reset the mind after a long day of lab work. He then began leading these personal practice sequences with his friends.

After graduating in the midst of a global pandemic, John moved to the Capital City in September, 2020. He bought a week-unlimited pass at The Hot Yoga Spot and has been attending classes there ever since. He received his 200-hour certification in May, 2021 and plans to continue to pursue his 500-hour certification as well as in other styles of yoga such as Ashtanga and Baptiste.