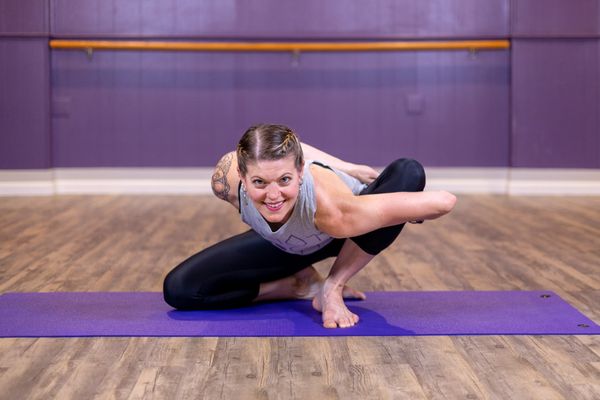 Deb graduated cum laude from Ohio University, with a BFA in Dance in 2001. She began her professional career performing as a modern dance soloist for many regional companies such as Ellen Sinopoli Dance Company, Maude Baum and Company Dance Theatre, Nacre Dance and Loose Change Dance Company. She began teaching dance at the age of 15 at The Dance Center of Queensbury where she taught ballet, tap and worked as a rehearsal assistant to the Artistic Director of The Adirondack Ballet Company. She went on to become a senior faculty member for eba Center for Dance, Youth Ballet Company and The School of the Arts at the National Museum of Dance. In addition, Deb worked as an Arts -in-Education curriculum development and grant writer for eba Center for Dance.

In 2009, Deb received her Doctor of Physical Therapy and has worked in spinal clinics, neuro-develpomental rehabilitation and gerontology in clinics and treatment centers throughout the Capital District. She completed her RYS -200 Yoga Teacher Training in June of 2016 and has served as an Anatomy and Physiology instructor since. In 2017, Deb also received her Yin Yoga Certification under the guidance of Josh Summers through The Hot Yoga Spot.